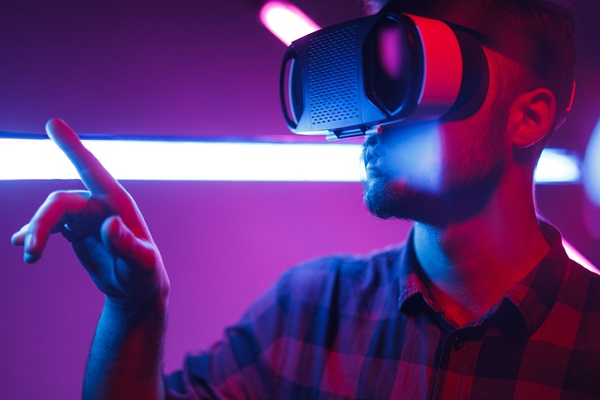 In the last few years, the video game industry has transformed dramatically thanks to technologies like virtual reality, augmented reality, new and improved graphics, and live stream multiplayer gaming. Players can now enjoy hyper realistic gaming experiences which offer endless possibilities for entertainment. And with a new decade just beginning, it seems that even more opportunities and innovations are just on the horizon.

It’s essential that video game designers are up to date on the new and emerging trends in this fast changing industry, whether they’re students, recent graduates, or seasoned professionals.

Below is a list of some of the major trends that are expected to change the game for video game design students this year.

Players Will ‘Live the Game’ with Virtual Reality and Augmented Reality

Students in video game design courses might not be surprised to hear that both virtual reality and augmented reality technology are set to become even more important to video game designers in 2020. Virtual reality (VR) involves complete immersion in a digitally created setting, and normally involves wearing a headset style device to alter vision and hearing.

By contrast, augmented reality (AR) ‘augments’ or edits the real life setting using virtual elements. One popular example is Pokémon Go, which uses AR to add Pokémon to a player’s environment through their phone camera lens.

Both VR and AR have been steadily gaining popularity with consumers in recent years. However, 2020 could see the technologies go mainstream thanks to improvements in graphics, functionality, and more multiplayer options.

The video game industry has previously faced criticism for its lack of diversity, and has made strides in addressing this. This year, inclusivity is set to be an even bigger priority for video game designers. Video game designers should expect to play a role in this by creating more characters that are minorities, and players can expect to see more female and POC characters.

One technique that’s set to be popular with game designers in 2020 is the ‘feeling first’ design technique. As its name suggests, a designer will start with the feeling that they want players to experience. Do they want to evoke nostalgia? Fear? Tranquility? This will form the basis and the main concept for the game. Then, once that overarching feeling has been established, all subsequent choices will be made with it in mind. Different feelings will necessitate different visual elements, colour palettes, and gameplay.

Studying a game design program will teach you how to produce or assist in developing and producing design concepts. This will be delivered through practical training, and will also give students the opportunity to learn how to produce computerized images and work on layout and page make-up, as well as a whole range of other relevant skills, which they can draw on when making feeling-first designs.

Are you interested in learning more with a video game design program?

Oxford College has the program for you.

We are Registered with the Ministry of Colleges and Universities